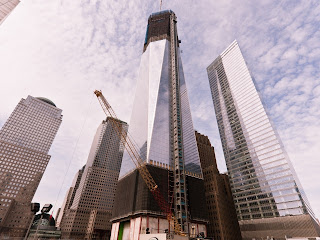 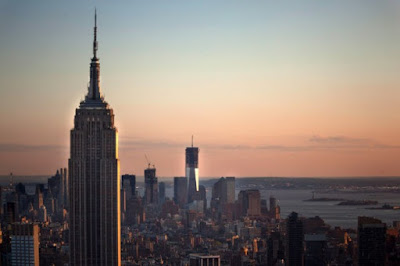 From Afghanistan, President Barack Obama ended his speech delivered on Beltane to Americans with some intriguing imagery. In the context of all that happened on the day, it made complete symbolic obelisk sense. (Italics below are my emphasis.)


As we emerge from a decade of conflict abroad and economic crisis at home, it is time to renew America. An America where our children live free from fear, and have the skills to claim their dreams. A united America of grit and resilience, where sunlight glistens off soaring new towers in downtown Manhattan, and we build our future as one people, as one nation.
Here, in Afghanistan, Americans answered the call to defend their fellow citizens and uphold human dignity. Today, we recall the fallen, and those who suffer wounds seen and unseen. But through dark days we have drawn strength from their example, and the ideals that have guided our nation and lit the world: a belief that all people are created equal, and deserve the freedom to determine their destiny.
That is the light that guides us still. This time of war began in Afghanistan, and this is where it will end. With faith in each other and our eyes fixed on the future, let us finish the work at hand, and forge a just and lasting peace. May God bless our troops. And may God bless the United States of America. 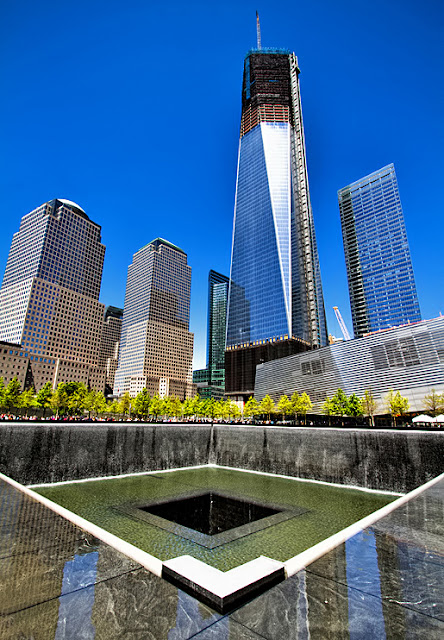 Posted by Loren Coleman at 8:08 PM

Soaring? Hardly. It's not even going to be the biggest building in the world. And the time it took to build it would have sufficed to erect an entire city in Japan or Dubai.

i can see a massive compass shape forming there

This new "World Trade Center" is just a big ho hum. I know that sounds disrespectful and vaguely un-American. But, even with as deeply as we all felt about the Twin Towers 9/11 tragedy, this erstwhile replacement seems to hold great significance only for residents of New York City.

Living on the other side of the continent, my only reaction to the building of this structure is "so what?"

@ purrlgurrl: that's what happens when you let creative decisions to a committee.

Architecture-wise it looks like more alchemy. Conjunction of opposites with the triangle pattern of the external walls. In addition, there are the sunken fountains marking the original footprint of WTC 1 & 2 which stand in marked contrast to the rising new tower.

The sunken fountains always struck me as resembling Mayan cenotes, which were used in their ceremonies to contact the underworld as sacrificial sites...

LOOKS LIKE A GLOATING BULLY WATCHING THE WORLD GO DOWN THE DRAIN THAT IT DEVISED.