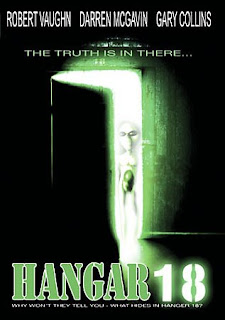 Stephen Lord, the writer behind Hangar 18 (1980) and two The Bermuda Triangle efforts (1978, 1979), known as a prolific TV writer whose mainstream credits ranged from Bonanza to Fantasy Island, died at the age of 85, May 5th, in Sherman Oaks, California.  Surrounded by his family when he passed away, Lord suffered from Alzheimer's.

Born Stephen Loyacano on December 14, 1926, in New Orleans, Lord began his professional life as a popular big band leader and radioman. Before he died, he had amassed more than 200 credits during a movie and television writing career that spanned 35 years. Lord also was active in Hollywood unions for years, working with the WGA and DGA. 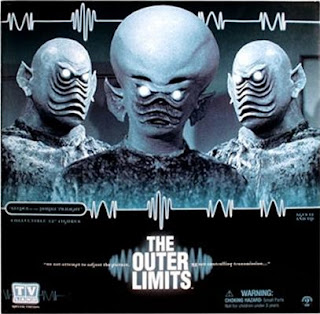 As a writer he was involved with many projects. If one looks deeply at the works he penned, it is obvious he was interested in a variety of science fiction, cryptozoological, parapsychological, and ufological topics. Conspiracies and coverups were often part of the stories, from Hangar 18 back to his early Outer Limits scripts. Among those Lord wrote, the following stand out as being specifically Fortean: 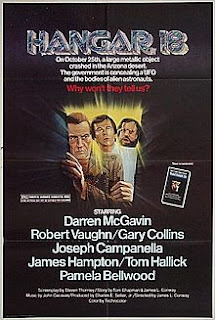 1980 Hangar 18 (motion picture) (writer)
During a Space Shuttle mission, a satellite is being launched but is rammed by a ufo and an astronaut killed. The ufo then makes an emergency landing in an Arizona desert. The aliens inside are dead, but a human woman is found inside and symbols found in ancient Earth sites are discovered on the control panels. However, a coverup begins with the White House denying its existence because of the quickly approaching presidential election. The ufo is then hid in the secret Hangar 18, and the blame for the accident shifted to astronauts Steve Bancroft and Lew Price. More murders and explosions follow as the coverup continues.

1978 Beyond and Back (documentary) (writer)
Time Magazine said this about the film:

This semidocumentary is an attempt to dramatize case histories of people who have somehow revived after having been pronounced dead. The film stresses the similarity of their experiences in the twilight zone: a sense of hovering above their beds, a trip through a prettily lighted tunnel toward a bright glow, pearly gates (or something quite like them symbolically), the whole accompanied by warm, sensual feelings.

1965 Bonanza (TV series)
– The Strange One (1965) (writer)
Hoss and Little Joe are hunting a big mysterious cat that was preying on
the cattle. At the same time, a group of people left a girl named Marie
without food and water because they felt she was somehow causing bad
things to happen ("voodoo"). It's unclear at first if she is supposed to
be clairvoyent or have second sight or whether she is somehow 'haunted' or a ghost, as Hoss later suggests.


1959 Johnny Ringo (TV series)
– The Cat (1959) (teleplay)
Cyrus Hampton, a rich old man dying of an incurable disease, arrives in Velarde with a wild tiger. He releases it into a remote canyon. When a cattleman is found severely mauled by the beast, the tiger is blamed. But was it the released tiger that killed him?

Stephen Lord took the rest of the secrets he wanted to reveal with him to the outer limits about which he often wrote. His scripts will be missed.

Posted by Loren Coleman at 8:05 AM

Lord's original name, Loyacano, seems like an anagram for 'No Lacayo', which in Spanish would mean 'not lackey'.

So it would definitely seem Lord was instrumental in the shaping of the current UFO/Paranormal pop culture paradigm of our times.

And let's not forget: May 5th was the night of the much-hyped Super Moon.