Seven Days In May, Iran, Lee Harvey Oswald, and the Preakness 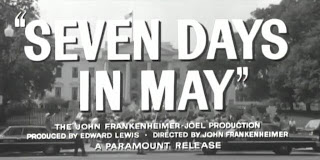 You may vaguely recall Seven Days in May as a tale of the attempted overthrow of the United States of America. The book has been described as realistic, prophetic, and a page-turning tale of conspiracy at the highest political levels. What many have forgotten, in the book and movie, intriguingly, is that the story develops due to a background conflict occurring between Russia and the United States in...Iran.


Seven Days in May is an American political thriller written by Fletcher Knebel and Charles W. Bailey II, who both worked at Cowles Communications, publisher of Look Magazine.  Look Magazine, for those who think such a publication was far from the field of intelligence, spying, and agents, are cautioned to remember what was happening in the 1950s and 1960s. It was the reporters and photographers who would be allowed into the hills of Cuba to take pictures of Fidel Castro or who traveled behind the Iron Curtain to interview Communists. Journalism was a cover for espionage during the Cold War. Knebel and Bailey were well-schooled in what they wrote about, it appears. 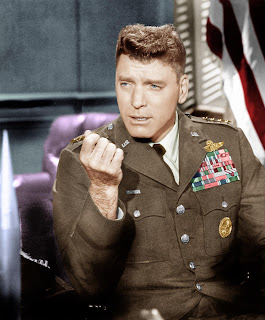 Seven Days in May was published in 1962. It was made into a motion picture and released in February 1964, with a screenplay by Rod Serling, directed by John Frankenheimer, and starring Burt Lancaster, Kirk Douglas, Fredric March, and Ava Gardner. 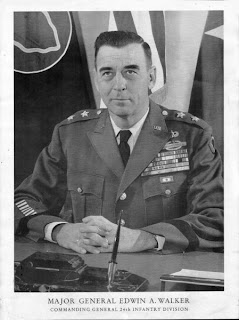 The story is said to have been influenced by the right-wing anti-Communist political activities of General Edwin A. Walker, after he was forced to resign from the military. Burt Lancaster's role of Air Force General James Mattoon Scott was based, in part, on Walker. General Walker was an alleged attempted assassination target of Lee Harvey Oswald on April 10, 1963. From the period of the JFK assassination forward, General Walker wrote and spoke publicly about his belief that Oswald, who Walker thought killed JFK, also shot at him in the "April Crime." 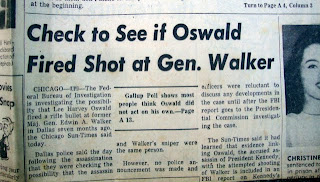 An additional inspiration was provided by the 1961 interview conducted by Knebel, a political journalist and columnist, with the newly-appointed Air Force Chief of Staff, Curtis LeMay, an advocate of the first-strike nuclear option. LeMay went on to be the vice presidential running mate of American Independent Party presidential candidate George Wallace in 1968.


In the fictional story Seven Days in May, part of the twilight language utilized involves coded messages hidden in conversations about horse race betting and the running of not the Kentucky Derby, but the Preakness.

The Preakness Stakes is an American flat Thoroughbred horse race for three-year-olds held on the third Saturday in May each year at Pimlico Race Course in Baltimore, Maryland. It is a Grade I race run over a distance of 9.5 furlongs on dirt. Colts and geldings carry 126 pounds (57 kg); fillies 121 lb (55 kg). It is the second leg of the US Triple Crown, with the Kentucky Derby preceding it and the Belmont Stakes following it. The horse must win all three races to win the Triple Crown.


The New Jersey name was said to have come from the Native American name Pra-qua-les ("Quail Woods") for the area. It was in these New Jersey woods that George Washington and his troops wintered in 1776-77, referred to in the general’s journal as “Preckiness.” Future spellings eventually came to the accepted name Preakness we use today.

Some a lawful, some a bastard, some a jacket:
Oh, what a rat race, yeah! Rat race!

Some a gorgon-a, some a hooligan-a, some a guine-gog-a
In this 'ere rat race, yeah!
Rat race!
I'm singin' that
When the cat's away,
The mice will play.
Political violence fill ya city, ye-ah!
Don't involve Rasta in your say say;
Rasta don't work for no C.I.A.
Rat race, rat race, rat race! Rat race, I'm sayin':
When you think is peace and safety:
A sudden destruction.
Collective security for surety, ye-ah!


Prophetic novels are interesting. We don't seem to be in a time of a politically divided nation with the talk of any first-strikes pointed at Iran, now do we?
Posted by Loren Coleman at 8:56 AM

The President in the film goes by the name of President Lyman.

Operation Northwoods was approved by Chairman of the Joint Chief of Staff Lyman Louis Lemnitzer. It was turned down by JFK and LLL resigned some weeks later.

Conspiratorially LLL was fingered as being someone with an interest to see JFK gone from office.


Burt Lancaster plays the Chairman of the JCofS.


The 1962 Preakness winner was GREEK MONEY conjuring up Aristotle Onassis to whom Jackie would later marry.

CANDY SPOTS won it in '63 , rightalong with the Arlington Stakes

'One week after his victory in the Travers Stakes he was found to have a strained tendon, just bad enough to end his racing career. He was retired on September 1, 2001 to stand at stud at Three Chimneys Farm in Midway, Kentucky'