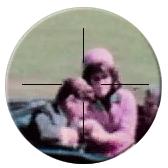 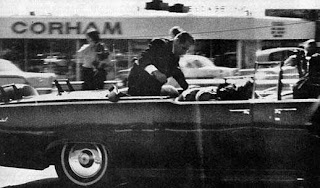 The doctors who worked so frantically on President John F. Kennedy on the day of his assassination are growing old and dying themselves. A legacy of insights and information is passing away with this group of individuals. 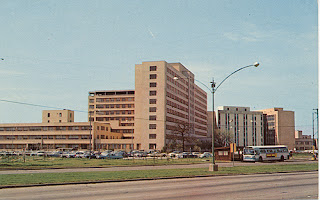 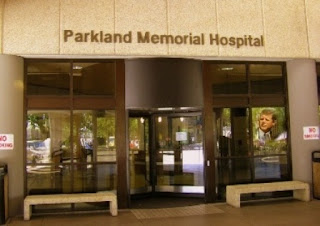 You may have heard the story before. The scene was dramatically shown in Oliver Stone's JFK. Dr. Earl Rose stood in a doorway at the Dallas' Parkland Hospital where Kennedy's body was taken on November 22, 1963, in a vain attempt to block Kennedy's aides as they removed his coffin, as government agents pushed at Rose and other doctors. 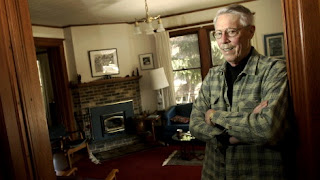 The Secret Service and first lady Jacqueline Kennedy prevailed, and the president's body was flown to Bethesda Naval Hospital, where an autopsy was done by pathologists James Humes and Thornton Boswell. Their findings have been used to support an array of conspiracy theories about Kennedy's death.
Rose, who died Tuesday, [May 1, 2012,] at age 85, believed many of those theories wouldn't have gained traction if he had been able to do his job. He told The Associated Press in 2003 that he and his staff should have done the exam.
"We had the routine in place to do it ... it was important for the chain of evidence to remain intact," Rose said. "That didn't happen when the body was taken to Bethesda."
Rose's widow, Marilyn Rose, said her husband wasn't angry about what happened at Parkland Memorial Hospital but did his best to follow the law.
"At that point, there was no federal law on the assassinations of presidents," she said. "If the autopsy was done in Texas, it would have followed the law."
The Warren Commission concluded in 1964 that Lee Harvey Oswald acted alone in shooting Kennedy. It found Oswald likely fired three shots, one of which struck Texas Gov. John Connally after hitting the president.
Marilyn Rose said her husband agreed with that assessment and began speaking publicly about the assassination after the release of Oliver Stone's 1991 film "JFK," which promoted the view that the president's death was the result of an elaborate conspiracy.
"As far as I know, he definitely felt it was a lone gunman and that the shots came from behind and that there was no second gunman on the grassy knoll. He felt the trajectory of the bullet was a described — that it hit Kennedy and then hit Connally," she said.

Rose, according to news reports like the one above, which you may read in the coming days, "conducted Oswald's autopsy, as well as those for Jack Ruby, the Dallas nightclub owner who killed Oswald two days after Kennedy was shot, and J.D Tippit, a police officer believed to have been killed by Oswald shortly after the assassination." But Rose was not able to do a complete autopsy on JFK, and Rose's speculations about the "lone gunman" are just that, speculations. 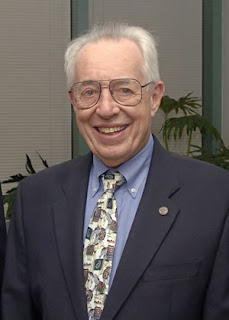 An anesthesiologist who attached a heart monitor to President John F. Kennedy in a Dallas hospital's emergency room and interviewed wounded Texas Gov. John Connally for surgery also died, relatively recently. He was one of the doctors who definitely thought a lone gunman was out-of-the-question, from what he observed.
Dr. Adolph H. "Buddy" Giesecke Jr. (above) was 79. The doctor's son, Martin Giesecke, says his father died Christmas Eve, December 24, 2011, at his home in the Dallas suburb of Irving. 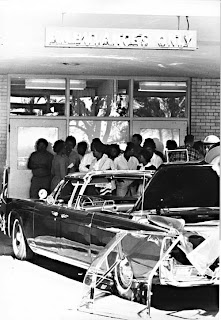 The elder Giesecke was working at Parkland Hospital on November 22, 1963, when Kennedy was assassinated and Connally was struck while riding in the same vehicle. The son says Dr. Giesecke recalled that the president didn't flinch while he inserted heart probes into Kennedy's skin.
Giesecke spent most of his career at Parkland's neighboring University of Texas Southwestern Medical Center. He was chairman of the anesthesiology department from 1981 to 1992.

One of the more famous doctors at Parkland that fateful day, Dr. Charles A. Crenshaw (above), who believed that Lee Harvey Oswald wasn't a lone gunman, died the same week his book was republished by Paraview, in November 2001. Trauma Room One: The JFK Medical Coverup Exposed by Charles A. Crenshaw, M.D. with J. Gary Shaw, D. Bradley Kizzia, J.D., Gary Aguilar, M.D.,and Cyril Wecht, M.D., J.D. (Foreword by Oliver Stone, (NY: Paraview Pocket, 2001). Crenshaw's new edition was released on November 22, 2001, only a few days after he died on November 15, 2001, at his home in Fort Worth. He was 68.

See also, "JFK Doctor Dies," about the death of Dr. Malcolm Oliver Perry II, who passed  away on December 5, 2009, in Tyler, Texas. Perry, who was another of the doctors who worked on JFK at Parkland, felt the fatal bullet had come from the front, not from the back, as the Warren Commission stated.

Posted by Loren Coleman at 6:59 PM

They wouldn't have left a 20-something rookie get his hands on the President of the United States. At 36 Rose was still fairly young.