That is Arthur C. Clarke on the left, on a bench at the edge of the Ellipse, feeding birds. To the right, "Dr. Victor Millson" (James McEachin) and "Dr. Heywood Floyd" (Roy Scheider) talk. A scene from the 1984 film 2010: The Year We Make Contact. Photo credit: Coseti.

The news came on Cinco de Mayo. It could be said that it might signal an omen for President Barack Obama. Nothing that sinister may be in the air, however. It might have more to do with what isn't in the ground. On Saturday, the National Christmas Tree planted near the White House a year ago had died and was being removed. 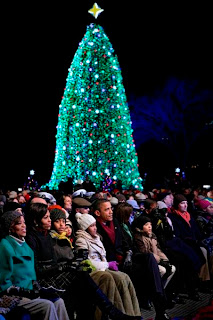 The National Park Service says the Colorado blue spruce (Picea pungens) died of "transplant shock." It came from a tree farm in New Jersey last year and was planted on the Ellipse just south of the White House in March 2011. 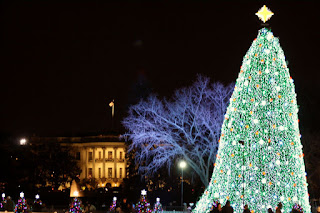 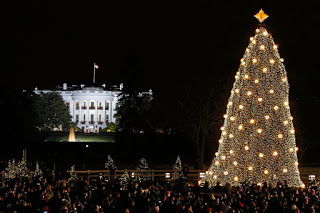 The tree replaced one that had stood on the Ellipse (on the other side of the White House from Lafayette Park) since 1978 but was destroyed by high winds in February 2011. 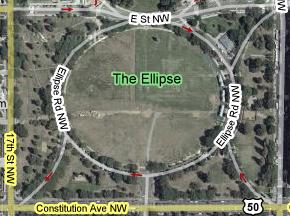 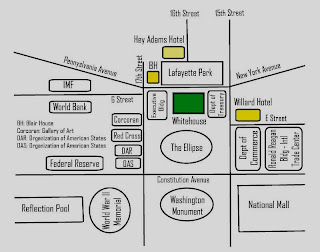 Workers began removing the dead tree on May 5, 2012. Personally, I wonder if they forgot to water it enough. Blue spruce trees live along mountain streams, and need plenty of moist conditions. Have you seen the Ellipse lately?

It really does not look this good. 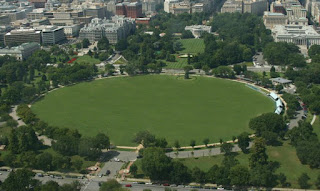 The above photograph appears to have been artificially colorized for an official government view of the Ellipse.  Recent years have shown the Ellipse in rather bad shape (see below, up through 2011). 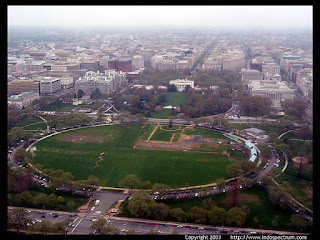 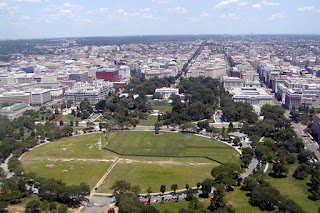 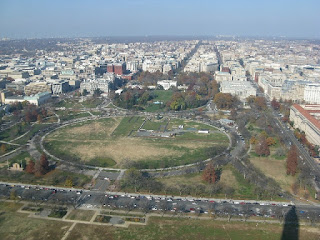 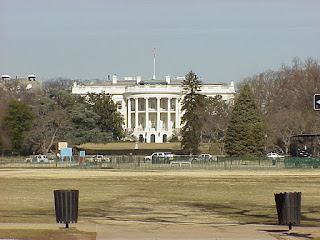 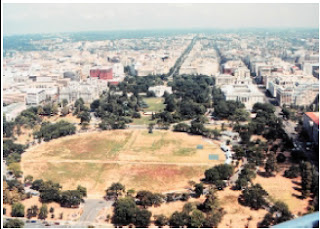 The National Park Service says it has already identified a Colorado blue spruce to replace the tree and will plant the new National Christmas Tree in October, so it may be decorated for the holidays.

And just in time to be alive during the election!

Posted by Loren Coleman at 7:14 PM

Perhaps the tree was sucked dry by the bankers to the left of the Ellipse.

It gets hot and dry in DC and grass on the Mall turns brown and dies off in patches. Keeping it well watered so it stays green for the tourists became an issue for local environmentalists. Expensive and wasteful watering was cut back. As a result, one year the grass around the Capitol, White House, and monuments got so dry and dead, crews were sent out to spray green dye on the dead and dying grass. Even the bare spots were sprayed with dye. Maybe they should have just dyed the dead tree.

every living thing touched by Mr. and Ms. Pharaoh is doomed, including their godless nation