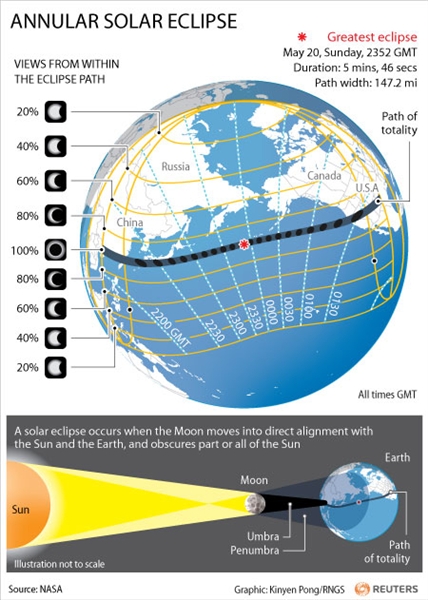 Seeing it in Asia: The moon's shadow races eastward across Earth's surface at more than 2,000 mph, starting in China's southern Guangxi Province. Theoretically, the "Ring of Fire" could be visible just after 6 p.m. ET over Asian urban centers such as Guangzhou, Hong Kong, Macau, Taipei, Osaka and Tokyo. But for many of those cities, the weather outlook isn't that great: Cloudy skies or even thundershowers are in the forecast.

Seeing it in America: The partial eclipse begins over the U.S. West Coast and Canada around 8 p.m. ET, and even earlier in Alaska. Skywatchers in portions of Oregon, California, Nevada, Utah, Colorado, Arizona, New Mexico and Texas can witness the "Ring of Fire" effect at its peak after 9 p.m. ET. As you go farther east, sunset becomes the limiting factor. The U.S. East Coast, for example, will miss out on all phases of the eclipse. Consult NASA's clickable map to find out what will be visible from your locale. The times are listed as UTC, so subtract five hours for Central Daylight Time, six hours for Mountain Time, and seven hours for Pacific Time. Don't forget to check the weather, too. 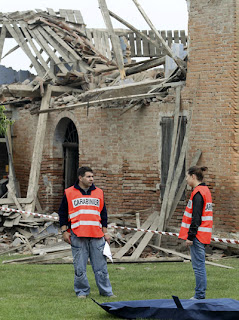 Meanwhile, for those looking for the links between full moons, new moons, eclipses, and strong earthquakes, all you have to do is read the morning news.

Aftershocks continued to be felt in northern Italy on Sunday after a strong earthquake in the early hours killed at least seven [updated Monday May 21st], injured more than 50 and reduced historic churches and castle towers to rubble.

The epicentre of the quake, which the US Geological Survey recorded at magnitude 6.0, was 3.2 miles below ground, north of Bologna in the Emilia-Romagna region, and was felt across Italy, from Liguria to the Veneto.

Hundreds of terrified residents fled their homes and hospitals were evacuated after the 20-second earthquake struck at 4.04 am. While major towns including Bologna emerged unscathed, helicopters were flying over remote villages as day broke, looking for collapsed buildings in which survivors could be trapped. 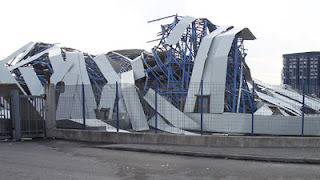 Four people killed by the quake were working overnight in factories which collapsed, including Geraldo Cesaro, 57, one of 10 employees at Tecopress, a maker of aluminium car parts in Sant' Agostino, where the town hall was seriously damaged and in danger of collapse.
Posted by Loren Coleman at 9:58 AM