Saturday is El Cinco De Mayo ("The Fifth of May" in Spanish), which commemorates the defeat of the French army by the Mexicans led by General Ignacio Zaragoza at The Battle Of Puebla in 1862.

Many cities with significant Mexican and Chicano populations throughout the United States schedule special events on the 5th of May. It has been embraced as a day to celebrate Latino culture throughout Hispanic America, which, of course, today covers all of North America, as well.

In 2012, in North America, look for this to be a powerful weekend, for a lot is going on.

Saturday will also see the 138th running of the Kentucky Derby, a Grade I stakes race for three-year-old Thoroughbred horses held annually at Churchill Downs, in Louisville, Kentucky. It will take place on May 5 at exactly 6:23 pm EST. The race will be televised in the USA on the NBC television network. 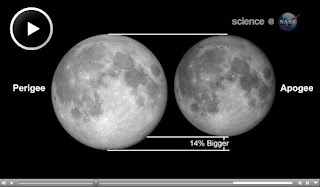 Saturday night also features a "Super Full Moon." The full moon will be occurring on the same night that the moon is at its nearest point in its orbit to the Earth, known as perigee. This "coincidence" (thanks RDR) of the full moon and perigee happens once every 14 months, so it is not highly unusual. However, with the full moon looking 25 percent brighter due to this occurrence, people usually notice it, especially if they are outside, for example, celebrating El Cinco De Mayo or the Kentucky Derby. Watch for earthquake activity and volcano eruptions in the wake of the Super Full Moon, over the following days. Indeed, will Mount Popo in Mexico decide this is the perfect time to blow?

I'm not through. There is more to look forward to, for, in my continued tip of my hat to El Cinco De Mayo, we should also celebrate El Chupacabras De Mayo, in honor of the beginning of the season for Chupacabras sightings.


Below is a copy of the original drawing describing one of the first sightings of El Chupacabras ("The Goatsucker") from Puerto Rico.

My personal favorite quotation is this often-noted response I gave to a question from ABC News about the then apparently new cryptid.

Chupacabras: "It's sort of like Jennifer Lopez, kind of cross-cultural." - Loren Coleman, 1999.

Interested in knowing why using "Chupacabra" is just so wrong (in spite of the Skeptic Inquirer's Ben Radford)? See "Chupawhat?".

What interesting events do you think will occur this weekend?

I really wouldn't care too much about 5 de Mayo --Srsly, it's not that big a deal here in Mexico-- if it not were because it's my mom's birthday.

Just hope she doesn't turn into a she-wolf or something ;)

Next Sunday the first presidential debate will be aired, which is already surrounded by a lot of controversy, since Televisión Azteca refused to transmit it in any of its channels; a blatant display of power to remind citizens who really is running the country.