In recent postings here entitled "Synchromystic Men In Black" and "Vallée on MIB Imagery," I have examined the nature of the figurative appearance and illustrations used to display the Men in Black (MIBs). In general, they have been sinister, not comedic as shown in the currently screening film, Men in Black 3.

But there is another level of the metaphor that has evolved in the imagery, which we need to pay attention to before we leave this topic.

I want to share a short comparative display of book covers and graphic novels showing the Men in Black to display one simple point. The book covers have developed gradually from the notion of silencers to nearly merge with what we find on the more recent graphic novels. Today, we discover much more aggressive MIBs.

First, some book cover examples, followed by the more violent comic book covers. Obviously, this has much to do with the medium of the presentations, but there appears to be something else going on too. 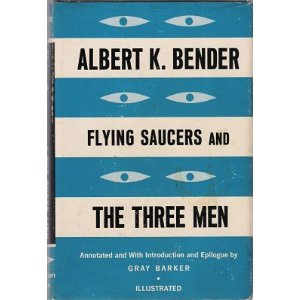 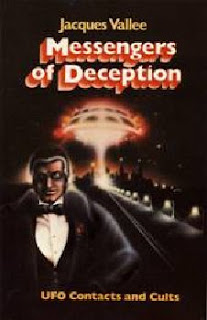 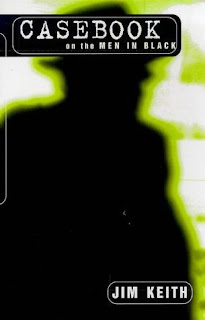 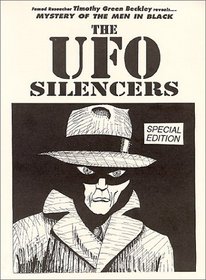 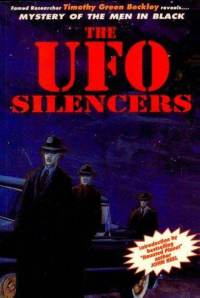 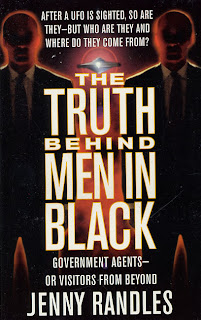 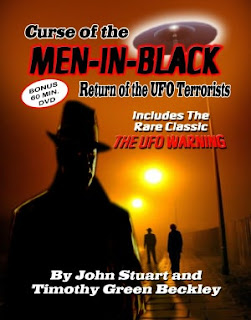 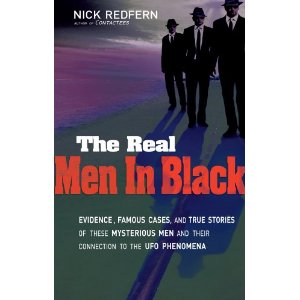 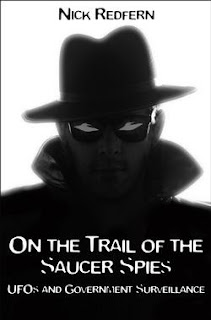 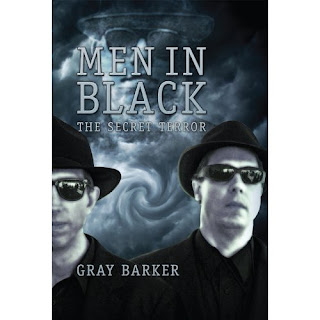 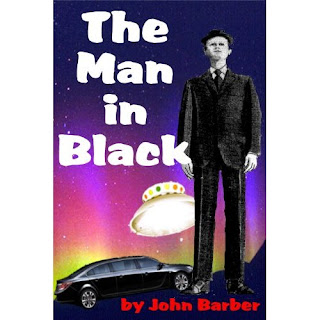 In the contemporary graphic novels (comics), as you can see below, the Men in Black are represented as agents with guns, in violent circumstances. The transformation of the MIBs is nearly complete, from the quiet, foreboding presence to a more active element of these interactions. 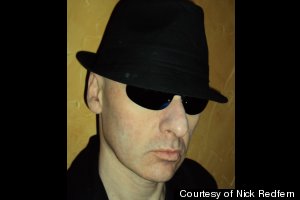 It should also be added that Nick Redfern does "note in [his] The Real Men in Black and On the Trail of the Saucer Spies books - there are at least two category of MIB: government and 'something else.'"


What will the future bring in terms of the actual incidents being experienced and reported? 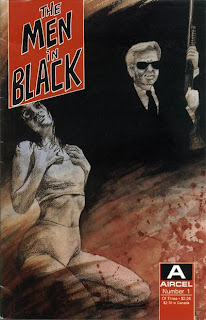 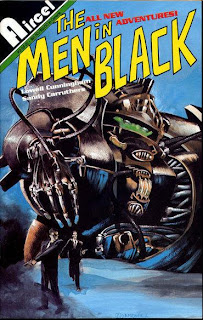 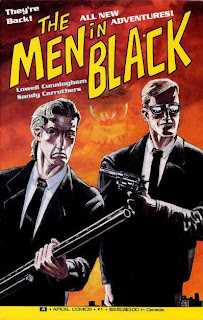 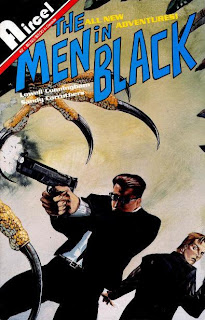 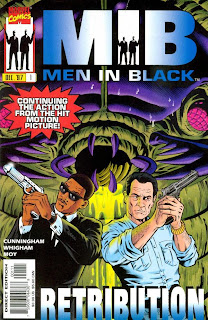 Posted by Loren Coleman at 5:41 PM

As an animation aficionado, I watched the cartoons a couple of times. Some of the stories were pretty good. I also liked how they were trying to explore very 'angular' character proportions, which were directly inspired by MTV's Aeon Flux —you'll notice that J & K along with the rest of the MIB are the only characters with almost natural human proportions ;)

RPJ: "As an animation aficionado, I watched the cartoons a couple of times. Some of the stories were pretty good."

A 'couple'? Pff!!! There's no need to feel shame or make excuses for yourself. We're all red blooded men on here (except the ones who're red blooded women) with the same strange needs and absurd almost perverted compulsions...

Speaking of which I loved that Aeon Flux angular art style too (almost Akhenatean at times) especially when they used it for Phantom 2040!

But speaking of MIB...

Loren I only picked up on their 'rehabilitation' as good guys (much like monster fighter superstars like Apollo and Ganesha seem to start out as minor 'demons') but I hadn't spotted their image mutation in the media as state executioners bearing increasingly outsized weapons.

The other evolution they've undergone of course is whereas the original MIB served the bookmarker function of making sure you NEVER forgot that odd event you were on the verge of forgetting (precisely by ordering you NOT to remember it) the media MIB don't bother with creating memory paradoxes - they just make it as if it never happened.

...wonder if time travelling/correcting also marks the advent of a new phase?

I am glad to see that the bottom illustration is ethnically balanced. How terrible inclusive it would be if we had only Caucasian men in black.

@ Anon: what's funny is that the first MIB reports described them with an olive-skinned complexion ;)

Yes, Anon, as RPJ mentions, the earliest reports of Men in Black are filled with sightings of hominid-like entities that defy racial categories.

I've long been impressed with Al Bender's original MIB encounter since I first learned of it more than 50 years ago. If he simply "made it all up," he not only single-handedly created a major Jungian archetype, but managed to seed it back through history. But his later "contactee" book is eminently forgettable.